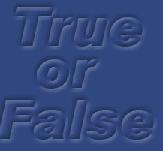 For once, the devious Major Doom got it right, in a way. It just so happens that for a little over a year, one man has been fastidiously monitoring the many psychics, remote viewers, prophets, and predictors who appear on Coast to Coast AM. That man is Simon Aspinall, of True or False, a catalogue of all the different futurists who appear on Coast to Coast AM. In a binnallofamerica.com exclusive, Aspinall sat down with us to give the lowdown on True or False.

What made you decide to start tracking the many prognosticators that appear on C2C ? I had been listening to all these psychics on Coast and I could never remember the predictions they had made. So I started to write them down and then came up with the idea of putting them on a website so that other listeners could read them. I also wanted to prove that all these so called prophets were bogus.

Who runs the site? Do you chronicle each psychicĺs appearance yourself? I run the site myself and record each psychic. I used the streamlink because I canĺt listen to the show live. Itĺs a good thing because I can pause it or rewind just to make sure I get the predictions spot on.

Aside from the fierce letter written by Sean David Morton, have you any other angry responses to your site, be it from prognosticators or just normal people ? I had two nasty emails from Morton. I replied to him in a polite manner and debunked all his predictions and to be fair to him he did email me again to apologise for his original outburst.

Have C2C acknowledged your work at all ? Yes. After the site had been online for a few months I received an email from Coast webmaster Lex. I thought they were going to ask me to take my site down but no, he said he thought it was a great idea and that the next time they had a psychic on the show could they do a feature on my site? So I did get a link on the home page and my site can be linked from the Whats New section of the Coast website. Of course the site got hit so many times it blew the bandwidth and it was shut down for a few hours.

When a psychic gets a "hit" on your site, do you get a little chagrined ? When there is a hit I get a bit suspicious. I always wonder if the person making the prediction had some knowledge that something was going to happen, ie when Morton tried to claim he predicted Colin Powell would resign. But if someone gets a hit I will mark it down as a hit, I have to be fair that way.

Have you ever given a "miss" and had to go back and change it to a "hit" later on ? Yes this has happened a few times. People will email me and say such and such got a hit and you marked it down as a miss. So I will check it out and if they are right I will change it.

Overall, what's an approximate percentage for the psychics that you've chronicled so far ? I havenĺt worked it out but I would guess they are each less than 10% accurate.

Is any one psychic faring better than any others ? How about worse ? They are all as bad as each other. I would say the best of a bad bunch has to be Joseph Jacobs. His prediction that Yasser Arafat would be ill after October 15th was a really good one.

Do you have a favorite prognosticator ? Why ? Not really.

Do you have a least favorite prognosticator ? Why ? Sean David Morton. He just comes out with so much rubbish and will try to claim anything. Plus his bio is a pack of lies, when he tells us he was meditating with the Tibetan Monks he was actually DJing at a club in LA.

Do you follow the work of psychics on other esoteric talk radio shows ? I used to listen to Lou Gentile and Jeff Rense but not anymore. I also listen to http://www.feet2fire.com/ and http://www.mysteriesofthemind.com/ they are pretty good shows and the archives are free.

Name Game (Give a word or phrase for each C2C character)

Sean David Morton : Full of himself

Sylvia Browne : $750 an hour buys a lot of cigarettes

Fr. Wingate : Never gets anything right

Art Bell : Wish he would challenge the guests more

Richard Hoagland : Needs new glasses, he sees things in NASA pictures that no one else can.

Linda Moulton Howe : Will investigate anything if she sees a profit in it

Thanks a lot for the interview, Simon, we'll be watching your site to see how the many C2C characters fare in 2005.